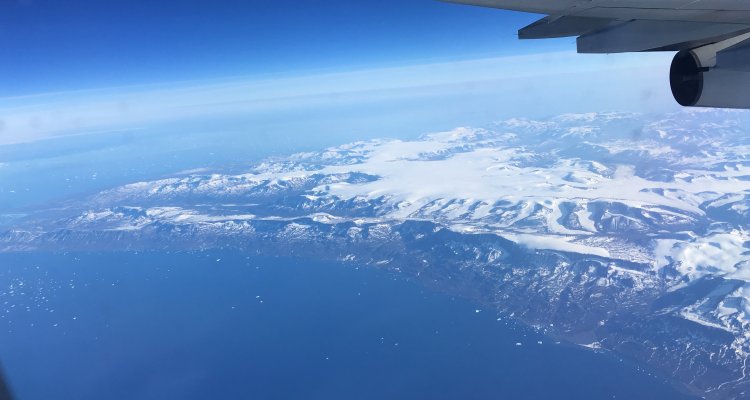 Wow – sitting in our beautiful motor home in British Columbia and writing our travel story…. What a epic moment for Cora and me.

After our arrival at the airport my friend Ernst waited for us already. I had asked him to help me finding my way with Cora through the airport and to stand emotionally besides me in the moment Cora was taken over from the airport staff and disappeared in to back stage. I am so very happy he was with us!

We found the check in for me then were sent to a second check in for dogs. Everybody was very kind an helpful to a little helpless and internal nervous dog owner like me. We needed some stickers “Alive Animals” and some stickers which shows the upside and downside of the box… ?? … This sticker made me a little bit more nervous. But I just trusted the staff that they would be able to see Cora inside and treat her with caution. I sticked a little text on the top of the box where I shortly introduced Cora to the airport staff and asked for caring and patient treatment.

We got some time before Cora had to move in to her secure flight home and we went to a quiet place where I offered Cora some calming oils to sniff. She was doing so very well so far! Amazing dog. She was supposed to enter her box 90 minutes before take off. These were the last minutes with her before we stepped in to the unknown – both at a time. My heart was bleeding…

The moment were I had to say goodbye to her for the next 12 hours was there. I went back to the dog check in and got some time to invite Cora in to her box with her blankets and a water bowl which we filled with ice cubes and a little water. After closing the door of the box I fed Cora with a loooooooooot of her favorite treat and wasn’t able to let her alone. A staff member wanted to take Cora in to the back ground but I wasn’t ready yet. Just two more minutes!!
I told Cora we will meet again in Canada and we will be together in the same plane. I told her that I am looking forward to hug her again in British Columbia. I told her that I immensely love her. Now I had to leave. I was in tears when she was pulled away on a luggage cart. She was completely quiet and busy finding some treats in her box. Amazing dog!

She was gone and I had to find my way to my gate. During the boarding I informed the Chef de Cabine about my flying dog and I please want to know when she is on board too. This was my next challenge. The lady was so nice and just called somebody and asked about the dog. The captain has already been informed and she told me to sit down and if I do not hear anything until the take off Cora will be on board. Uuuhhhhh – I couldn’t accept this. I urgendly had to know it BEFORE the take off. The flight attended promised me to inform me in time. So I found my seat, got as comfy as I could and waited for the flight attended with the best information ever: Cora is on board! As the animals are generally loaded at last to the airplane it took a little while before she found me and gave me a ok, Cora is in. Big release in my heart and my body and my eyes….

The flight was thankfully quiet and without turbulences. I couldn’t sleep so I meditated several times and connected energetically with Cora below me in the luggage room. I felt no drama or negative vibes and trusted in Coras ability to cope with this flight situation again.

Guess what – I couldn’t wait to find Cora again. The immigration procedure worked quick and with out problems. I wasn’t sure where I will get Cora back but luckily at Vancouver Airport the delivery of the dogs is near the luggage carousel and as our luggage was delivered very late, I was able to pick up Cora first. What a great moment! She was there. With me in Kanada!! She only panted a bit and was unsure where she was. I took her out of the box offered her a little water and went with her and her box on a luggage cart to the luggage carousel to get my bag. We were kept back from an airport police officer who told me to put Cora back in her box because they have their police working dogs around. He helped me to get her back in and we were free to move towards the carousel.

We navigated easily through the customs where I had to pay an inspection fee of 30 Canadian Dollars and then we were legally landed. I was – and still be – the happiest girl on earth! We were picked up by Tobias from Eagle Campers where I rented our motor home and after a warm welcome from Marianne in Langley we got the most urgent instructions inside the camper van. We had a little walk in the dark around the property where Cora was able to sniff Canadian smells – and they smell different – before we went to bed in our little home for the next 4 weeks. I am immensely grateful. It is a big deal for me to actually travel with my beloved doggie girl through British Columbia!